Multimodal brain imaging overcomes the limitations of any one brain imaging technique by simultaneously measuring the brain using multiple tools at once. For example, functional magnetic resonance imaging (fMRI) uses strong magnetic fields to measure the location of activity in the brain precisely. But, it can only record data about once each second. In contrast, electroencephalography (EEG) uses electrodes attached to the scalp to record neural activity with millisecond precision, but with less detail about where in the brain that activity is happening. Using both techniques simultaneously allows researchers to see both where and when brain activity occurs with a level of precision impossible with either alone.

Combining fMRI and EEG is not simple. The magnetic fields produced by fMRI can  interfere with the sensitive electrical recordings of EEG, adding noise to the measurements. And, the rapidly changing magnetic fields produce electric currents that can cause the EEG electrodes to heat up. That’s a safety concern given that the electrodes are affixed to a person's scalp. Modern multi-band fMRI imaging, necessary for better data quality, creates even stronger interactions with the EEG electrodes.

Professor Sadaghiani and her team compared how much heat and measurement noise both traditional and multi-band fMRI create. They attached electrodes to a small watermelon (in place of a human head) and measured the heat produced by the imaging techniques. After verifying that the heat levels produced by the multi-band sequence were safe for humans, they repeated their experiment using human volunteers.

Their participants were asked to lie still in the scanner with their eyes closed while the researchers tuned the fMRI protocol so that the magnetic field would not corrupt brain signals oscillating in a frequency range of about 8 to 12 Hz, called the alpha band. Oscillations in the alpha band are strongly tied to differences in cognitive control and sleep-wake cycles, and represent an important component of brain activity to keep intact.

The multi-band fMRI approach heated the electrodes less than did traditional fMRI protocols, meaning that the multi-band can be used to acquire more detailed information about brain function while preserving participant safety.

They also  found that standard techniques used to remove the measurement noise from EEG data in multimodal imaging worked just as well with newer multi-band fMRI. This work helps establish parameters for safe and effective experiments using the next generation of multimodal brain imaging techniques.

You can read more about this research at the Beckman Institute News Feed. 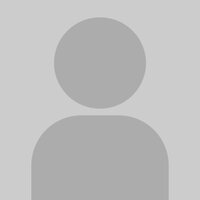 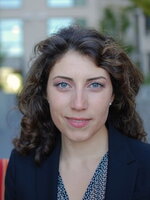