In America, poor people are punished more frequently and more severely for offenses than are the wealthy. One potential explanation for this divide could be that people in society think that poor people have more guilt for their actions and thus deserve harsher punishments. New research by graduate student Drew Weiner and Psychology professor Dr. Sean Laurent aimed to assess this prediction by understanding how knowledge of a person’s wealth shifts moral blame.

The United States currently incarcerates a higher percentage of its population than any other country in the world. The vast majority of those serving prison sentences are among the nation’s poorest, with 86% earning less than $15,000 per year and 48% earning less than $500 annually before their detainment. In contrast, some of the highest profile crimes committed by wealthy individuals have gone either unpunished or under-punished. For example, of the nearly dozen large financial institutions fined for their role in the Great Recession, the most devastating financial crisis in modern American history, only one executive was ever convicted for their behavior and served just a 30-month sentence.

Weiner and Laurent asked whether these trends in the legal system paralleled what people actually thought about the rightness or wrongness of offenses by rich people and poor. In other words, do people really think that rich people should be punished less harshly? What they found was unexpected, but perhaps unsurprising. Participants were asked to read stories about a character who found and envelope with a substantial chunk of money, but subsequently lied when a coworker said they were missing the money and needed it to replace their car. The only thing that changed about John was his financial status. Participants were then asked to provide reasons why John lied and to rate how moral his actions were.

The researchers found that those who were told that John was poor tended to attribute the behavior to external and situational factors and were less likely to describe John as immoral. They also tended to view John as having good reasons for his actions. When John was wealthy, not only were people more surprised by his actions, they also described him as more immoral both in terms of his character and his actions. When the study was repeated with a non-financial crime, perceived wealth still influenced the degree of bad moral character assigned to John.

When John was alternatively described as engaging in prosocial behavior (donating time or money to a homeless shelter), again knowledge of John’s wealth impacted how positively people viewed John’s action. Interestingly, although wealthy and poor John gave the same amount, participant’s rated poor John’s contributions as having a larger benefit to the shelter. Across scenarios, there existed a wealth-based moral judgement gap that favored the poor rather than the wealthy.

These results show that the moral views of the general population do not seem to align with the gap in punishment severity between the rich and poor in America. This could be due to a variety of reasons, such as the general population not being representative of the those involved in the justice system, the wealthy having access to better legal representation, or the wealthy having more influence over the law itself. The work points to the need for more research to disentangle which factors are the most relevant for this discrepancy in the moral judgments of society and the execution of the rule of law. 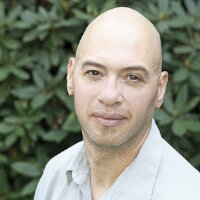