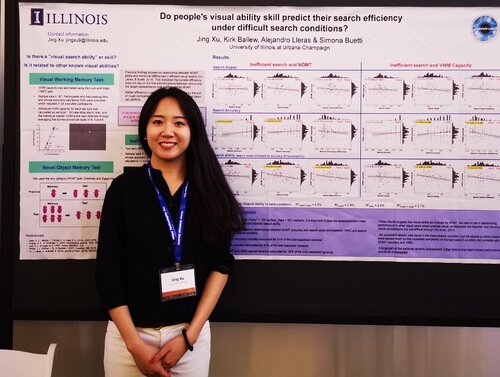 As a doctoral student, I am working with Drs. Buetti and Lleras in the Vision Lab.

Using visual search as a paradigm, I study how do people process complex visual stimuli - when people visually search for the target in a scene, how does target-distractor contrast signals along color, shape and texture feature dimensions combine and contribute to the overall contrast signals that enable people to distinguish the target from distractors. I am using a new prediction-based approach to study people's visual search behavior, which could serve as an alternative to the traditional null hypothesis significance testing methodology. I also study human’s color perception, testing relationships between physical distances in color space and psychological distances measured in visual search tasks.