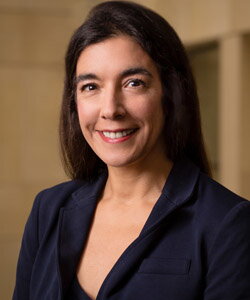 Dr. Albarracin was the 2018 inaugural recipient of the Award for Outstanding Scientific Contributions to Research on Attitudes and Social Influence and the 2020 Diener Award to Outstanding Mid-Career Contributions in Social Psychology from the Society for Personality and Social Psychology. She is also the 2019 recipient of the Avant-Garde Award, National Institute of Drug Abuse, which supports individual scientists of exceptional creativity who propose high-impact, bold basic research that will open new areas of HIV/AIDS research and/or lead to new avenues for prevention and treatment of HIV/AIDS among people who use drugs. Her Avant-Garde work concerns the creation of an online community to improve interactions among people who use drugs and society at large. She is a fellow of the Society for Experimental Social Psychology, the Society for Personality and Social Psychology, the American Psychological Association, and the Association for Psychological Science, and the author of five books.

Dr. Albarracin has published 5 books, including the Handbook of Attitudes. Her recent book in press at Cambridge University Press integrates her theoretical and applied contributions and is titled Action and Inaction in a Social World: Prediction and Change of Attitudes and Behaviors. According to Google Scholar, work has been cited over 20,000 times, with many key articles being the most frequently cited pieces within a topic (e.g., selective exposure; condom use; misinformation correction). Her upcoming book is titled Creating Conspiracy Beliefs: How about Thoughts are Formed (Cambridge University Press). Her work has been funded by the National Institutes of Health and the National Science Foundation, for a total of $36M, $18 as Principal Investigator.

Questions that guide my current research include:

1. How can we persuade others to engage in socially beneficial behaviors? Under what conditions do changes in attitudes predict behavior? How do attitudes change over time, and what role does memory play (e.g. sleeper effects)? When do we seek out information that is likely to confirm vs. challenge prior attitudes? How doe attitudes become automatic and what brain activity supports this automation?

2. How is action structured and socially conditioned? Do action goals promote changes in attitudes and behavioral routines? Do people engage in behavior for the sake of being active, and what are the potential consequences of this tendency in the context of health? Do these tendencies vary across cultures?

3. Does the grammatical and syntactic structure of our thoughts influence our overt behavior? Under what conditions do randomly strung thoughts acquire coherence?

4. How can we use the psychology of social cognition, attitudes, and motivation for health promotion? What types of campaigns and interventions work for different groups?

Dr. Albarracin will be admitting new students for the next academic year. Please email me.